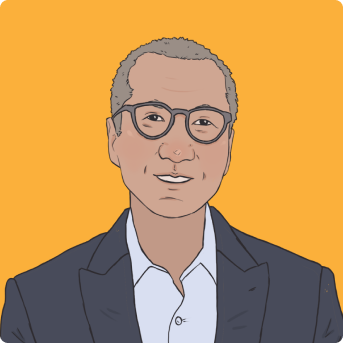 Dave Moon is currently serving as an art and design professor at California State University, Northridge. He is the Communication Design area head and faculty/business advisor for IntersectLA. Prior to his current appointments, he served as chair of the Art Department and Interim Dean of CSUN’s Mike Curb College of Arts, Media, and Communication. Dave founded or co-founded a number of student-based creative enterprises, including the Center for Visual Communication (VISCOM), DesignHub, META+Lab, RADIUS, and most recently, IntersectLA, a design, marketing, and strategy agency. He has always been focused on student learning and creating innovative spaces that encourage collaborative learning via a “learn-by-doing” model, and Dave developed a handbook to assist other educational institutions in replicating the model to further connect education with industry. Additionally, he has authored two textbooks: Design Strategy for Effective Branding and Power-Up YOU: A Personal Branding Handbook for Artists, Creatives, and Designers. Both books were developed to serve students seeking jobs upon graduation. Dave has 30 years of experience in higher education and helping students find jobs, and he continues to make student success his highest priority. 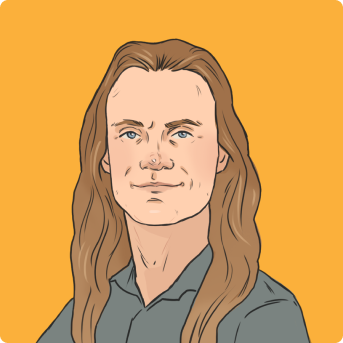 Håkon (Hawk) Engvig, a native-born Norwegian, is a graphic designer, web developer, UX/UI designer, Illustrator and musician with almost two decades of work experience. His company (4eign Design) has done international work with such notable clients as Eureka Therapeutics, Genexa, Hot Makeup, Axiom Images, Anova Culinary, AGC, Grill ’em All, UCLA Medical Center and many others. He has also been teaching the subjects for close to a decade now at several Southern California universities like UCLA, CSULA, FIDM, and of course CSUN. Hawk graduated with honors from CSUN with a bachelor’s in Arts with a focus in Illustration and Graphic Design. He then went on to gain additional education for print and web development from UCLA. He initially worked as a graphic designer in various firms before he took up web coding and started his own company. His knowledge of graphic design, Adobe software, and coding languages like HTML5, CSS3, jQuery, PHP and MySQLi, help him to stay relevant, well versed and competitive. He excels at communicating complicated ideas simply, leading and managing large groups of designers, developers, clients and students. He has a talent for keeping people engaged, energized and motivated while challenging them to meet ambitious goals. He has been nominated for several teaching awards at multiple schools and has won the outstanding faculty member at FIDM multiple times as well. 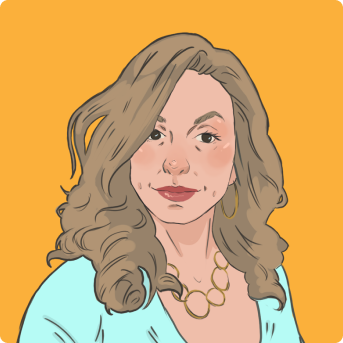 DrD, as her students call her, is a professor and mentor to young creatives. She works to match their talents to the professional industry. Her professional and teaching experiences has prepared her to work with international institutions in graphic design, art, and other humanities. Her interests are to encourage social responsibility, social commentary and social awareness around issues in culture, race, gender, poverty, crime, and other socially relevant issues. She is continually dedicated to the diverse dialogue on art and design across cultures as well as passionate about building relationships with people in academia from around the world. Most of DrD’s teaching and research has been in art and graphic design; initiating projects around social responsibility in design. 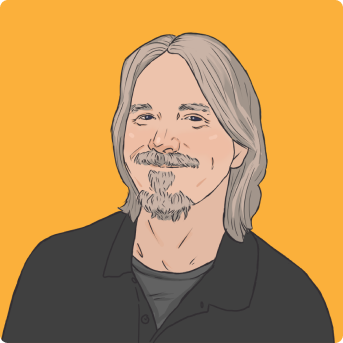 Jeff Courtney has been an adjunct professor in the CSUN Communication Design area for over 15 years. During this time he has taught a wide variety of foundational and advanced courses in all aspects of graphic arts and communication design. With over 40 years as a professional communication graphics designer, creative director, illustrator, and entrepreneur, he brings his wealth of knowledge and experience into the classroom to share with every student his ongoing passion for creating beautiful pages and effective communications. 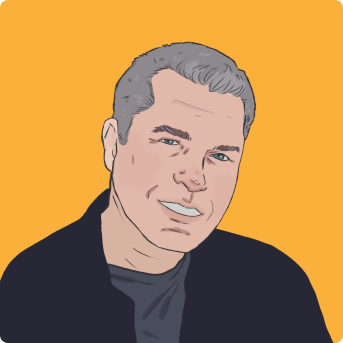 Jim Kelley has worked as an art director and creative director on national accounts such as CBS Television, 20th Century Fox, Warner Bros., Hilton Hotels, Denny’s Restaurants, Ruby’s Diner, Kia Motors, Turner Networks, and Sony Pictures. His work has been featured in Print’s Regional Design Annual, Creativity, American Corporate Identity, and The Applied Arts Awards Annual. Jim’s approach to teaching begins with building a solid foundation—making sure that technical knowledge is balanced with an understanding and appreciation of historical touchpoints as well as contemporary methods and approaches in communication design. And while assignments are opportunities for students to progress both technically and artistically, there is a particular emphasis on creating work for portfolio inclusion, as finished projects are created to appear professional rather than academic. 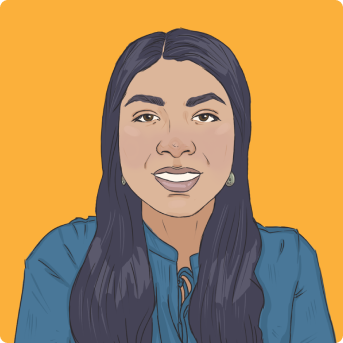 Shally Juarez is a designer and an educator based in Los Angeles. Shally is an assistant professor that currently teaches user experience courses at Mike Curb College of Arts, Media, and Communication at CSUN. She is specializing in user experience and interaction design. She teaches the intro to user experiences (UX) and user interfaces (UI), and advance web design courses. Her areas of interest include user research, user interfaces, interaction design, web accessibility, and universal design. As assistant professor of Art and Design at CSUN, she serves as associate director of Intersect LA (IXLA), an on-campus, student-driven creative strategy agency. 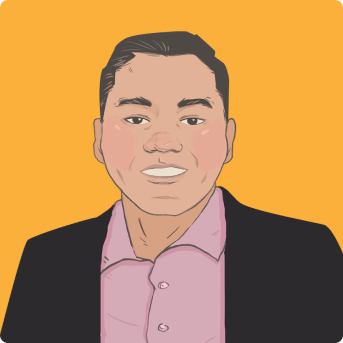 Joe Bautista is a Los Angeles-based designer and educator. His passion is helping clients, students, designers, and entrepreneurs reach their goals. His design work deals with the research, concept, design, and development of user experiences (UX) and user interfaces (UI). His personal artwork revolves around user collaboration and contribution to creating new and expressive art forms that connect users and viewers by a network. Joe has over 17 years of experience at creative agencies in the Los Angeles area and an educator for over 13 years in the Art Department at California State University, Northridge (CSUN). As Assistant Professor of art and design at CSUN, he serves as director of the Center for Visual Communication (VISCOM), an on-campus, student-driven creative strategy agency. 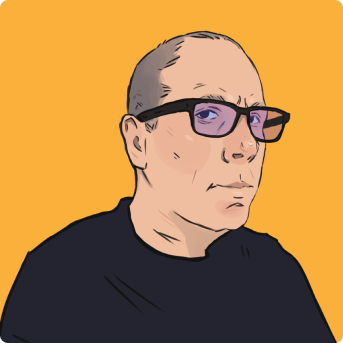 Magdy Rizk is a Motion Graphics and Design Professor at California State University, Northridge. He believes that an instructor has to be instrumental in students’ understanding of the responsibilities and opportunities of a graphic designer. Magdy Rizk uses his impressive knowledge of all aspects of graphic design to be able to apply his knowledge in his classes to better prepare his students for their careers. Teaching graphic design should foster problem-solving techniques and habits that instill a productive and effective work ethic, as well as reinforce fundamental principles and elements of design. In this field, designers tend to elevate technology far too high and give less regard to strong conceptual skills. There must be balance, where craft and concept function harmoniously. When completed, the resulting successes paint a beautiful image of the power of technology in the modern era. 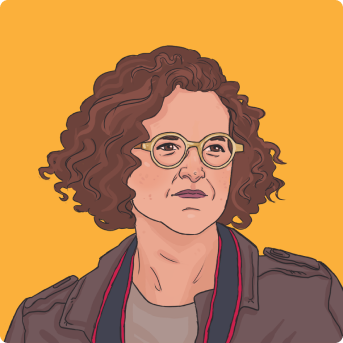 Shirin Raban is a Los Angeles-based designer, filmmaker, educator, and community builder. Shirin is an adjunct professor/lecturer of visual communication at California State University Northridge and UCLA Extension, where she teaches courses in the practice and history of graphic design. She received her BA in Graphic Design from CSUN and MVA in Visual Anthropology from USC. Shirin is currently creating ethnographic documentaries. Her latest film, Between the Shells, is recognized as an Official Selection at Cin Tornado, Film Girl, YoFiFest, and Lift-Off Film Festivals. The package designs she created for Sadaf Halva won the American Graphic Design Award for Branding and Packaging. Her designs for Okami Japanese Seafood were published in the Big Book of Packaging. Shirin is the recipient of the 2010 and 2017 Outstanding Instructor Award from the UCLA Extension Design Communication Arts Certificate Program, where she serves as an Advisory Board Member. 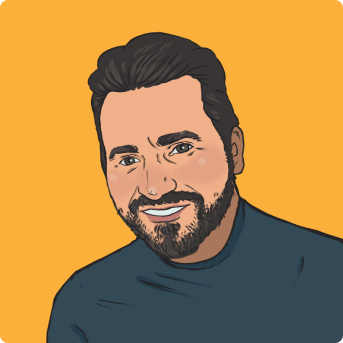 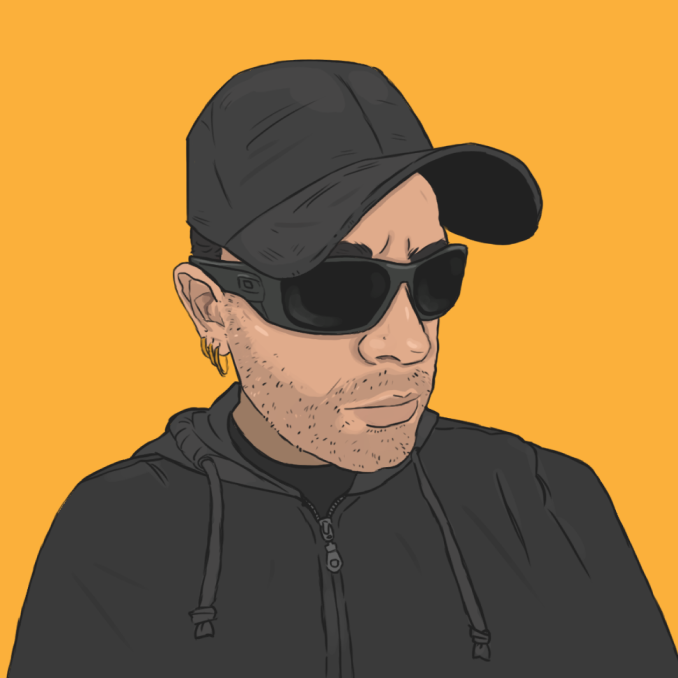 Over the past 26 years, Louis Solis has fused his design and graphic art for various companies such as, Spin Magazine, Sony Entertainment, Pacific Gas and Electric, Charles Schwab, Kaiser Permanente, Stanford University, CBS, 20th Century Fox, Bello Magazine, and Industrial Light & Magic as well as other various smaller companies and independent projects. With his BFA in Film from the School of Visual Arts (NYC) and an MFA in Visual Effects and 3-D animation from the Academy of Art University (San Francisco), Louis has merged his knowledge of film/entertainment art and animation. He has worked as a creative director for Acme Archives; creating conceptual design and art for exclusive licensee, 20th Century Fox, Disney, Cartoon Network, DreamWorks and Lucasfilm. Louis resides in Southern California with his wife, Dr. Paula DiMarco, Ph.D. and daughter, Eva and his dogs Sparky. and Ginger. 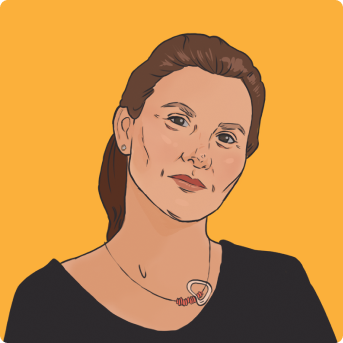 Vesna Petrović is the founder and owner of VESNA DE3IGN studio. She is a graphic designer and educator. Vesna currently teaches graphic design classes at the Mike Curb College of Arts, Media, and Communication at CSUN, and at UCLAx Visual Arts program. She is a member of AIGA/The Professional Association for Design, SEGD/The Society for Experiential Graphic Designs, and ULUPUDS/The Association of Applied Arts Artists and Designers of Serbia. She served as a board member in AIGA in two separate chapters—Los Angeles and Orange County—and its national center for Cross-Cultural Design. She also participated in design portfolio reviews for AIGA LA, AIGA OC, CSUN, Otis College, and UCLAx. Her work has been published and shown in graphic design publications and exhibitions and is included in the Los Angeles County Museum of Art’s permanent graphic design collection. Vesna was trained both as an architect and a graphic designer and holds B.A./M.Arch degrees from the University of Belgrade Faculty of Architecture (Serbia). 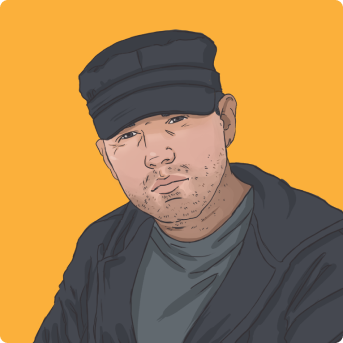